Our mission is to provide low cost spaying and neutering of dogs and cats and to promote the general welfare of animals in our community and surrounding areas.

Amigos de Animales was started in 2005 as a direct response to a need in the Boquete community. At the time, there were packs of street dogs and feral cats roaming the streets and there was no access to, or information about, sterilization for these animals.

The first spay/neuter clinic sterilized 26 dogs and cats with three vets attending. It was after the first clinic was held that Association Amigos de Animales Boquete (AADAB) was formed by Ruby McKenzie with the assistance of Judy Sacco and Irene Haines.  We are modeled after SpayPanama, a large organization located in Panama City with a similar mission.

AADAB is now a vital and growing part of the Boquete community, and our mission has remained the same: to provide low cost spaying and neutering of dogs and cats. Since our inception, our volunteers and regional vets have been working toward that goal, and we have now sterilized over 1759 animals this year. 14,994 since beginning and it will be over 15,000 by the end of the year with mini clinics

The impact on the health of animals and humans is measurable. Rarely does one see packs of starving, fighting dogs roaming through the streets of Boquete, as one might see in other small towns throughout Central America. This has greatly enhanced the relative livability and safety of our community at large.

We depend upon donations and fund raisers as our only means of support for this worthwhile community changing effort.

Never been to one of our clinics?  Click  HERE to watch a great video!

Scan the Code and Get Your Fundraiser Tickets 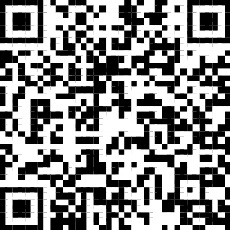